These were designed for Paizocon but I intend to do something similar for the Savage Worlds Templates.

First I did up some templates in photoshop. I added grid lines to these so that I could put down the template for ongong spell effects. I have learned that it would have been better to print these onto cardstock first instead of just paper. 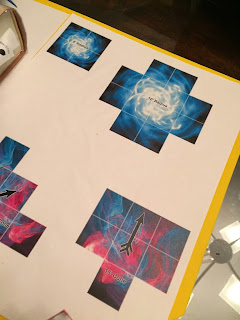 Next I used a glue stick to attach the paper to some craft foam. If I had used cardstock, this would have been optional. The problem with plain paper on a squishy backing shows up when I tried to cut them out. 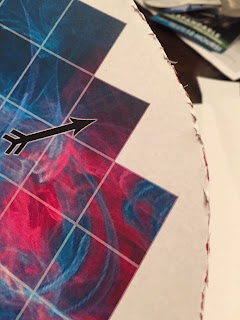 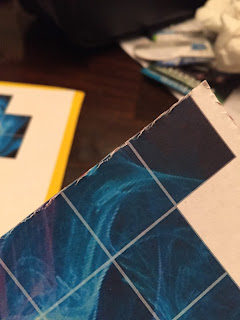 It is good I am learning this now. I intend to make figure flats the same way so they fit on Pathfinder figure stands. Look for new Sci-Fi figure flats in the future!