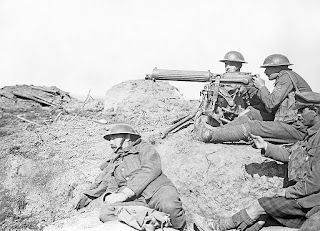 The sneak peaks of Savage Worlds Adventure Edition have me cautiously enthused. But I drank the Kool-Aid and bought into the Kickstarter. I love Savage Worlds, but that doesn't mean I think it can do no wrong.

I am very under-excited about the skill changes. I have a homebrew skill list and I will likely continue to use it, but the problems I had with the Deluxe skill list are not fixed with the new one. It's just that Adventure Edition is now more of a departure from my list than Deluxe Edition.

I'm on the fence about dropping Charisma. Since it is now based on Edges and we haven't seen those yet, I will wait until I have my copy to review.

As for the new Suppressive Fire rules: Am I the only one that thought the old rule was fine? I think the new rule adds more unnecessary complication than before.

I do like the new Status rules as well as the flat 3 action limit. That, imho, has actually made the game more F!F!F!

And the new Chase rules? Hmmm. I was quite a bit confused on my read through. Granted, it's only a snippet of the rules and I plan on running it a few times just to see how it feels but my first impression is that it's just like the Explorer's Edition Chase rules although there is a layer of complication that seems unnecessary with the "chase center point".

I am definitely eager to read through the "Behind the Scenes" add-on to get a better understanding of why they did what they did. Hopefully it may change my mind.

But here's the thing. With my mindset right now, it is easier for me to mod Deluxe Edition with the new rules I know I like than it would be to mod Adventure Edition. There is enough of a shift in how Savage Worlds appears to play between the two that for the first time I feel like I have to pick a favorite. Is this the beginning of Savage Worlds Edition Wars.

For those who don't know what Edition Wars are:
When a new Edition of a game system comes out and if it radically changes the gameplay, the fanbase of that game will become sub-divided. A perfect Example of this is Dungeons and Dragons where you find groups that only play specific editions of the game. There are people who prefer the very first Basic Edition of D&D over any of the newer editions.

While that seems "meh, there's no badwrongfun in that", it does mean that the publisher is selling to a smaller market (the fans willing to buy into a new edition). D&D has a fanbase split between 6 different editions of the game and WOTC only continues to support the current version. They became acutely aware of the issue and did their best to design 5E to be appealing to all groups in an attempt to re-consolidate their market.

Well, here I am. I've just dumped Pathfinder Society because of the second Edition. Not that it's a bad game, it's just that I don't have the time or energy to learn yet another complicated d20 system. And more than a few of my Pathfinder friends are of a similar opinion (although mostly their decision is based on the financial cost of buying into a whole new Pathfinder system). And now I am wondering if I am about to become an Edition Grognard, saying things like "Pah, Savage Worlds Deluxe was the best version!"

Time will tell. I am trying to keep an open mind on this because Savage Worlds has trumped my tweaker-gene before. Here's hoping I'll continue to be the same Grognard I've always been.
Posted by Vinzent at 1:44 PM